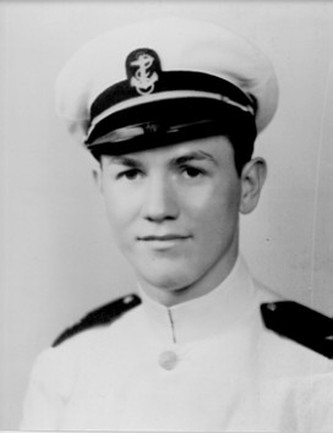 HARVEY N. HOP was born in Holland, Michigan, on the 25th of July, 1917 where he grew up and attended Hope College. In 1939, he entered the Naval Aviation Cadet Program. Upon receiving his pilot wings in 1940, he reported to a PBY Catalina flying squadron in Pearl Harbor, Territory of Hawaii. He was at Pearl Harbor during the attack by the Japanese Naval Air Forces on the 7th of December, 1941. All of the aircraft and the hangar assigned to his squadron were destroyed in the attack. Outfitted with new aircraft, his squadron was immediately deployed on the 1st of January, 1942 to the Dutch East Indies in support of Patrol Wing (PATWING) Ten. In two months, the 45 (forty five) PBY'S of his organization were reduced to 1 ½. To make a second PBY, the other ½ was from a Dutch PBY. Evacuated from Perth, Australia, by ship to the USA, Harvey was reassigned to another PBY squadron in Kanoehe, Territory of Hawaii. With this new squadron, he took part in the Battle of Midway Island.

In August, 1941, Midway Island became a Naval Air Station, and VP22, the transport squadron to which Harvey was assigned, was deployed to Midway for 3 (three) months. On the 1st of December, 1941, VP22 actually went to Midway Island from which its aircraft were scheduled to conduct combat patrols toward the Marshall Islands as cover for the aircraft carrier USS ENTERPRISE, which brought a squadron of Marine Corps fighter airplanes to Midway. On the 5th of December (4th of December in Pearl Harbor), the V22 aircraft returned to Midway, where they spent the night and then flew back to Pearl Harbor the next day arriving on the 5th of December, just two days before the Japanese attack at 7:55 A.M., on Sunday, the 7th of December, 1941. On Sunday, the 7th of December, Harvey was awakened by the sounds of explosions nearby. Looking out of the window of his room in the Army quarters at Fort Kamahameha, he observed billows of smoke coming from the direction of Pearl Harbor, 3 (three) miles away. Initially, he thought that saboteurs had blown up oil tanks, not knowing that the smoke was from several burning battleships and aircraft on and adjacent to Ford Island. However, he knew that it was an air attack when a string of swarming aircraft overhead began to drop bombs on Hickam Army Airfield and Pearl Harbor, one-half mile away.

In September, 1942, he was assigned to a PB4Y (US Army Air Forces B-24) Training Squadron in San Diego, California. After 9 (nine) months, he was transferred to another PB4Y Squadron which deployed to the Central Pacific Ocean area, where he took part in battles for the Gilbert, Marshall and Marianna Islands. On many of these missions, his aircraft sustained serious battle damage, and for his demonstrated airmanship as a pilot in command he received the Distinguished Flying Cross (DFC) with Gold Star, the Purple Heart medal for wounds received in action against the enemy, and 8 (eight) Air Medals plus a Presidential Unit Citation for action in command of an aircraft against the enemy.

On returning to the USA in October, 1944, Harvey was made the pilot in command of an RY-1 which was specially configured with 3 (three) Pullman Sleeper Sections, plus kitchen galley, bathroom and washing facilities for senior government personnel being transported thousands of miles across the Pacific Ocean. Passengers on these flights included Fleet Admirals, Ernest J. King, USN, and Chester W. Nimitz, USN; plus others among whom was Ex-President of the United States, Herbert Hoover and family. In December, 1946, Harvey received orders to take command of the Navy aircraft maintenance squadron based in Puerto Rico. The next 11 (eleven) years saw Harvey serve on various senior Navy staffs, attend Post Graduate Schools conducted by the Navy and command an anti-submarine aircraft squadron.

In 1957, he graduated from the Navy Test Pilot School and then spent his final active duty at the Naval Aircraft Test Center at Patuxtent, Maryland. In this billet, he flew all of the then current Navy jet aircraft and qualified as a pilot to land aboard ship—on the USS FORRESTAL while flying an A-4 SKYHAWK fighter jet. Harvey retired in December 1959 to become Director of Flight Operations for the Collins Radio Corporation in Cedar Rapids, Iowa. In this position, his individual efforts contributed to the success of Collins designed airborne systems—including radar, auto pilots, Doppler Navigation Systems and Flight Director Systems. Following 7 (seven) very satisfying years, he resigned to become Vice President of Lear Jet Sales. In 1967, Harvey started a Lear Jet Charter business at Fort Lauderdale Executive Airport, which he operated as President, CEO and Chief Pilot until 1992 when he retired from active flying. In 1969, he was requested Charter service from Fort Lauderdale-Hollywood International Airport to Washington, D.C., to pick up a package, and to deliver the package to Cape Kennedy personnel. The contents of the package was the American flag that went in Apollo 11.
​
“Flying and running a Lear Jet operation was fun!”, Harvey said. “It certainly beats working for a living.” In the 25 (twenty-five) years that he did this, Harvey set a world record for piloting Lear Jet-type aircraft, accumulating a total of 22,500 hours of pilot-in-command of a Lear Jet. When he retired completely from flying as a Lear Jet Charter pilot, his log books recorded in excess of 37,000 hours of pilot time—NOT a record—BUT a LOT of hours!  While piloting the Lear Jet, he flew many celebrities—including Frank Sinatra, Dean Martin, Peter Sellers, Red Skelton, and Nancy Reagan. CDR Harvey Hop passed away July of 1999. 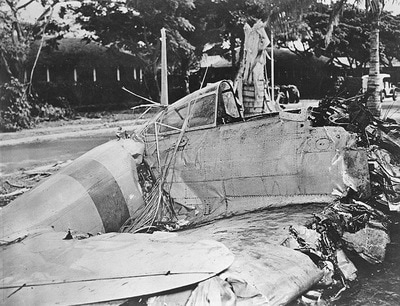 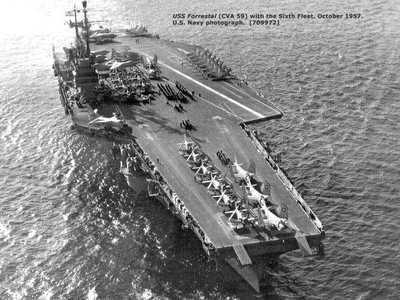 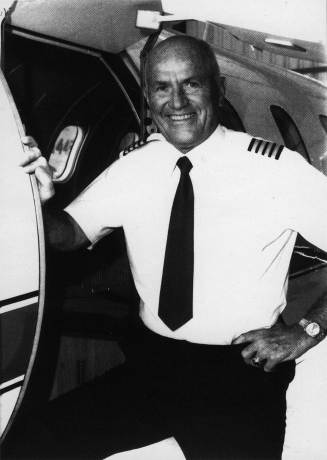