The following photographs, cablegrams, and anecdotes
​were donated by Eric Lentner (Robert F. Gallivan was his uncle) 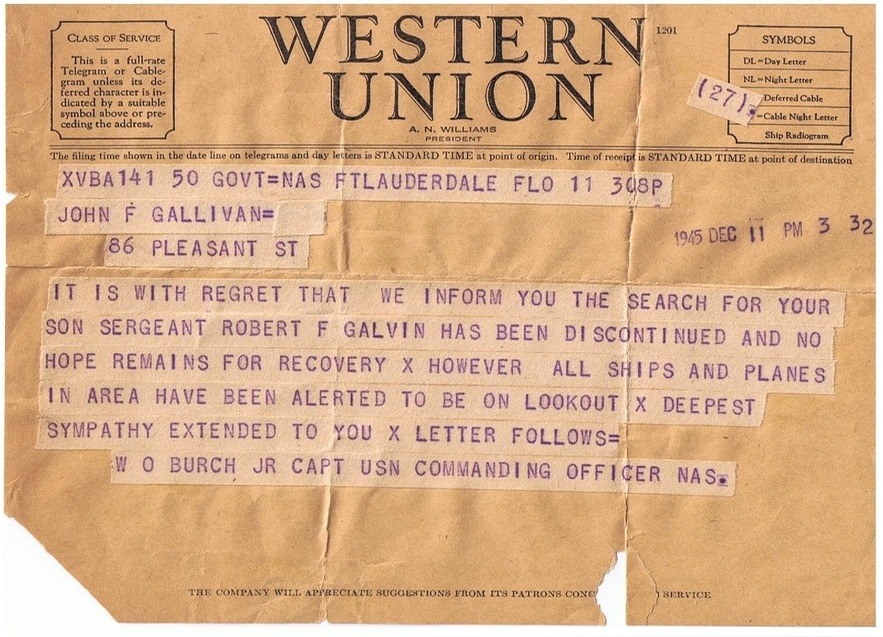