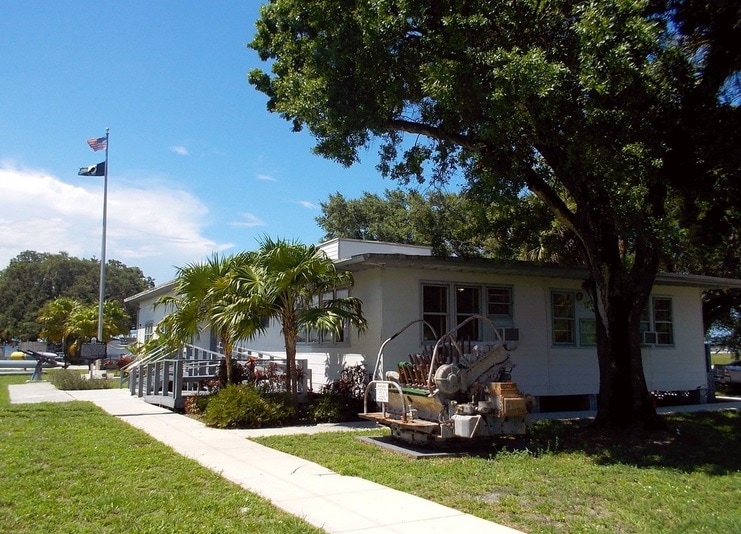 The NASFL Museum is also known as the Link Trainer Building #8. On May 20, 1998, prior to moving from its former address at 4050 SW 14th Avenue, this building was added to the U.S National Register of Historic Places, thanks to the efforts of Allan McElhiney a WWII sailor (founding father of this museum), and a small group of naval aviation and history enthusiasts, who in 1979 formed the Naval Air Station Fort Lauderdale Historical Association. For many years they worked tirelessly and eventually they succeeded: the building was thus saved from demolition. Broward County Commissioner Lori Nance Parrish, was able to obtain a $200,000 grant from the U.S Transportation Department in 1999, and the building was moved to its present location at 4000 W. Perimeter Road. To accomplish the move at the end of 1999 and through the first days of the millennium, a crew had to cut the 300 ton building from the old foundation, jack it up hydraulically, and place it on a grid of steel beams supported by multiple tires. Before that, asbestos was removed from the building's walls and the frame was reinforced to code.
You can download Power Point Presentation  -  For Education Purposes Only
Tours |  Exhibits  |  Donate  |  Memorial Bricks  |  About  | Volunteer |  Veterans History Project  |  Merchandise  |  Events Blog  |  Contact/Directions