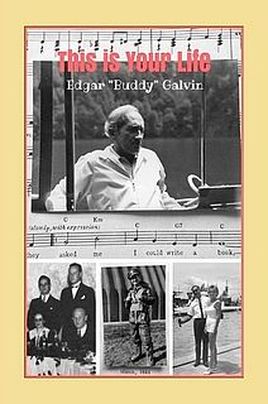 Preview
This is Your Life: Edgar "Buddy" Galvin

This book encompasses experiences that span almost a century in the life of Edgar "Buddy" Galvin. From notes and memory, Buddy reflects on the major highlights and lessons gleaned over that time. His story illuminates events in his lifetime; from his childhood growing up in Baltimore Maryland during Prohibition and the Great Depression, his long lasting affair with music, and his work as a 1st class ship-fitter where he witnessed the launching of the first Liberty ship the SS Patrick Henry.

Buddy relates in an intimate fashion, his experience in the United States Navy as a Long Range Aerial Navigator aboard B-24 Liberators, while on anti-submarine patrol out of Dunkeswell, England. He also gives a personal account of his participation in the search for Flight 19, one of the great aviation mysteries.

His life has been enriched with his travels around the world, family and friends, civic work, and his continuous commitment with volunteer efforts in the South Florida community.
​ 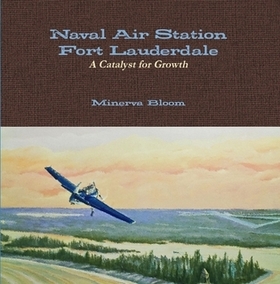 Serving as one among 257 air stations during World War II, the NAS Fort Lauderdale made a big impact on the South Florida region, and the United States as a whole. Thousands of American and British men who went off to war received their training at NASFL. The radar, gunnery, and parachuting schools rivaled the best in the United States. Most importantly, was the use of the base for training pilots and air crews on the Grumman Avenger TBF/TBM torpedo bomber, which was the largest single engine plane used during the war. The Naval Air Station found its fame with the disappearance of Flight 19 - The Lost Squadron which flew out of the base on December 5th, 1945 to vanish into the Bermuda Triangle. To this date, Flight 19 remains one of the great aviation mysteries. Also in the summer of 1943, a 19 year old future US President George H.W. Bush lived at the base as a young Ensign to train as a torpedo/bomber pilot.
​

Preview
The Naval Air Station Fort Lauderdale Museum began with the vision of one man, who was a sailor in World War II. Nothing in the history of the City of Fort Lauderdale had greater impact in its growth and prosperity than its Naval Air Station, which was established in 1942. After the war, returning veterans created a population explosion in the area that dwarfed the 1920's land boom. This naval base provided an important catalyst for the growth and economic expansion of South Florida. Recognizing this fact, the Naval Air Station Fort Lauderdale Historical Association can be traced to one man: Allan McElhiney who devoted much of his life to preserve a part of its history.

When the war ended, the base closed its doors and the buildings were all but forgotten. Progress was about to eradicate the past to make way for a new Airport, but thanks to the long fight of a visionary man who saw the significance of safeguarding a bygone era, a Naval Museum was established. This is the inspirational story of one man who's commitment to the cause of preservation has encouraged many to look into our past, to safeguard our future.

This book features more than 100 black and white vintage images from the WWII period with history of the Naval Air Station Fort Lauderdale and the events that unfolded. The book is available in Softcover for $16.99 and Hardcover for $24.99 from Lulu Press and it is also available at Amazon.