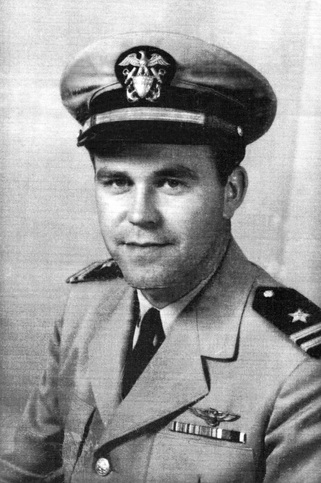 David White was born in Detroit Michigan, and at 18 yrs old he volunteered for the Aviation Program. At first, David trained on the Stearman (Boeing) Model 75, a biplane used as a military trainer aircraft. After the required training, he got his wings at NAS Corpus Christi, Texas and was called to active duty in 1943.

David met his wife Tish in Detroit, quite by accident, at the Wayne State University Library. Tish came into the library and as she opened the door, it struck David on the head and that was it— "love at first sight". They married in Detroit in 1945, and together they arrived in Florida to begin life as a military couple. They lived on base at NAS Fort Lauderdale in 1945 and 1946, where David became an Aviator Instructor at the age of 21. He would become an experienced pilot in the TBM/TBF Avenger aircraft as a Senior Flight Instructor. After the war ended, as fate would have it, on 5 December 1945, Lt. White became a participant in one of the greatest mysteries in aviation: the disappearance of Flight 19. He remembers that fateful day— as he was playing bridge— when he heard a knock on the door of his friend's house:

“It was the duty officer, and he said all flight instructors were due at the hangar at 5 am because five planes were missing.”  For the next three days, White, his assistant instructor and 20 of his students flew up and down the Florida coast at low altitudes, but they couldn't find a trace of the airmen or the wreckage. Today, he's convinced the planes rammed into rough seas about 60 miles east of Daytona Beach: “ I don't think anybody got out of their planes at all. I don't think anybody survived.” He likened hitting the ocean at high speed to “hitting a brick wall.” White remains mystified as he has mentioned: “The leader was an experienced combat pilot, these were reliable planes in good condition, and it was a routine training mission. We were alerted to look around the islands and to keep searching the water for debris. They just vanished. We had hundreds of planes out looking, and we searched over land and water for days, and nobody ever found the bodies or any debris.” David White continues to be interviewed for documentaries, books and articles relating the disappearance of Flight 19.

David and Tish moved from NAS Fort Lauderdale in 1946, to Oceana, VA, then Maryland, California, and Memphis— in all 13 moves around the country. They raised three boys through it all, and during the Korean conflict, David continued to serve in the military and moved to places like French Morocco, while Tish stayed in the USA taking care of their boys. She would visit David and together they managed to travel throughout Europe. As he said: "We had so much fun."

During the war years, David got experience in Electronics, Personnel, Administration and Flying Instruction. And while in the Navy, David also enrolled in College and got a BA degree from the University of Michigan. He got his discharge from the Navy in 1954, and then went on to work in the field of Retirement Planning in Detroit, Michigan. In 1973, Tish and David bought a home in Hillsboro, Florida and they would commute back and forth for several years, until they finally settled in Florida in 2007. His beloved Tish passed away recently. 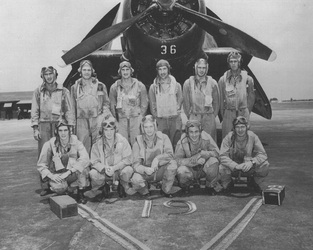 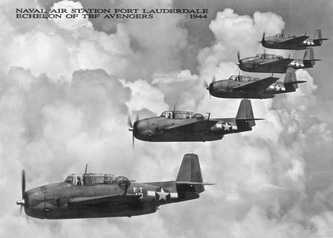 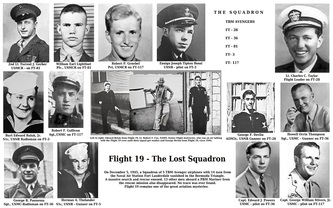 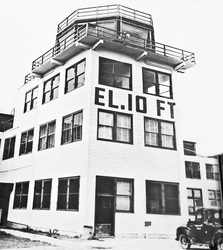 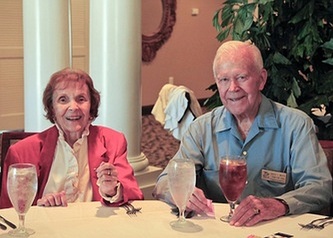 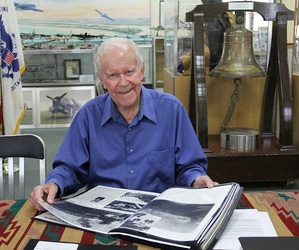