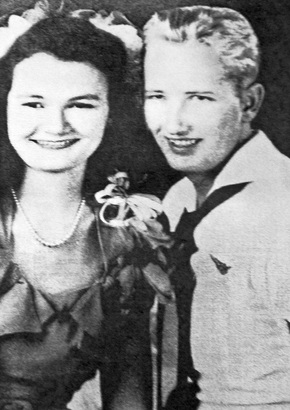 George Lord with his wife “Bubbles” on their wedding day.
George L. Lord Jr.
ARM 3/C - USNR, WWII
NASFL Gunnery Instructor from Aug. 1944 to July 1945
George L. Lord, Jr., enlisted in the Navy at Springfield Illinois on January 19, 1944— 11 days before his 18th birthday. He went to boot camp at Great Lakes, Illinois until about May, at which time he was transferred to Millington, Tennessee for Radar/Radio school. Upon completion, he was transferred to Gunnery School in Miami, Florida. He was given choice for either naval base at Norman Oklahoma, or Miami Florida. He chose Florida as he thought it would be warmer, not knowing he would be working in TBF's. When he completed gunnery school, he was awarded Third Class Petty Officer. Next, he transferred to the Naval Air Station Fort Lauderdale. While waiting for the next operational school to start, he was assigned to Pilot's torpedo training at this base. As he recalls from his days at NASFL: “We had small battery carts with a small torpedo under it. We also had a battery operated model ship that was started across a concrete pad where pilots steered the cart and dropped torpedoes to try to hit the ship. Our practice area was attached to the Link Trainer Building, currently the NASFL Museum. After we finished operational training I was offered a position on the Beach-Range target practice, on the thirty-caliber range. We had both .30 and .50 calibers. The 30's were mounted on wooden tripods on the beach sand. The 50's were mounted in turrets on raised stands, also on the beach sand. A TBF would fly out to sea, then turn back west, towing a sleeve target. When the plane passed overhead, the students were to open fire. I recall one time when the cable was shot apart, less than 30 feet behind an airplane. As I remember, the pilot was a little put out about this close call.”

In July 1945, George was transferred to North Island in San Diego, CA, to be part of the Squadron Xray – VT41, which was formed of all instructors. He then moved to Oxnard CA, for advanced operational training. In August 1945, he transferred back to North Island to load aboard the USS Ranger for Pearl Harbor. As he recalls: “The war ended prior to leaving, so we were transferred once more to an old converted Army base at Fort Emery, which the Navy called Coronado Heights. Those of us with enough points for close discharge, were sent to Shore Patrol in the city of Chicago. The others, were sent out to fleet. We rode trains from Chicago in all directions.” On March 3, 1946, George was given his discharge at Great Lakes, Illinois. He currently resides with his wife, in Plantation Florida. 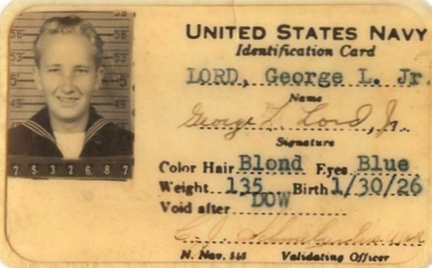 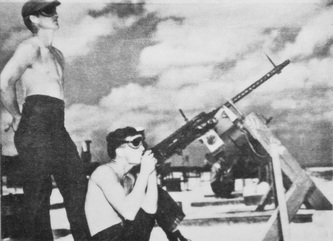 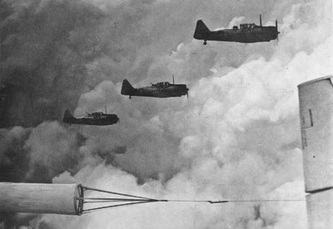