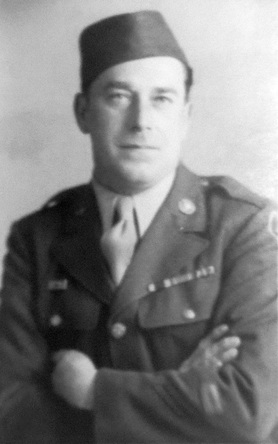 For several years, the Naval Air Station Fort Lauderdale Museum kept a wooden trunk in storage. The trunk belonged to an Army soldier from WWII.  Nobody knew who this soldier was.  He was affectionately called “The Ghost”  by Museum volunteers. The trunk had been donated by an acquaintance of Herbert A. Weigand, after his passing.  According to this acquaintance: "Herbert's body had to be retrieved from his apartment after a few days, and the Sheriff asked me if I could do something with the contents of the trunk, being that I was ex-military."  Herbert had no other relatives or friends to claim his belongings. His military journey was unknown to all— until two volunteers at the Museum opened his trunk to unveil his life. Finally, his war experience and service to our country and the world, can be honored and remembered. This is what we discovered:

Wheeler Army Field History
Wheeler Field was the site of several major historic aviation events prior to the Pearl Harbor attack on 7 December 1941, including the first nonstop Mainland-Hawai'i flight in 1927; the great Dole Air Race from California to Hawai'i; the first trans-Pacific flight from the U.S to Australia in 1928, and the first Hawai'i-to-Mainland solo flight in 1935 by Amelia Earhart.  Wheeler Army Airfield was the site of the first attack on 7 December 1941, leading up to the attack on Pearl Harbor. The Japanese attacked this airfield to prevent the numerous planes there from getting airborne. Most of the planes were destroyed, but 12 pilots assigned to the 15th Pursuit Group at Wheeler, succeeded in getting their P-36 Hawk and P-40 Warhawk aircraft off the ground engaged the enemy in furious dogfights, and scored some of the first American victories of World War II.

19th Pursuit Squadron History
Herbert Weigand trained in this Squadron from 1939 to 1941. Originally established as an Army Flying School Squadron in World War I,  the 19th was based in Texas, Ohio, and New York, for short periods before ending up at Clermont-Ferrand, France, to observe the French company Michelin's airplane manufacture and assembly procedures. The 19th Pursuit Squadron flew from various locations in the Hawaiian Islands beginning in 1923. In World War II, The 19th squadron suffered six casualties as a result of the attack on Oahu by the Japanese, but no fatalities.

Herbert (Adolph) Weigand dropped the “Adolph”  from his name during WWII. He was born to German immigrant parents, in Ozone Park, Long Island, New York on January 12, 1912. Herbert enlisted with the U.S Marine Corps in 1934 as an Aircraft Machinist Helper. He was honorably discharged in 1938. This was before the United States entered the next war. At news of war breaking in Europe, Herbert decided to return to the military. This time around, at 27, he joined the Army Air Corps. He served as an Aircraft Mechanic from 1939 to 1941 with the historic 19th Pursuit Squadron at Wheeler Field, then Territory of Hawaii.

A few months after the attack at Wheeler Field, Herbert began training and working with the USAAF in Langley Field, Virginia. In 1944 Herbert was transferred to England to work as a mechanic with the 95th Bombing Group based in Horham in Suffolk, as part of the United States Army Air Forces in Europe (United States Strategic Air Forces, USSTAF), until the end of the war. In Europe, the Eighth Air Force was the first USAAF strategic air force, with a mission to support an invasion of continental Europe from the British Isles. Eighth Air Force carried out strategic bombing operations in Western Europe from airfields in eastern England.  It is estimated that more than 350,000 Americans served in Eight Air Force during the war in Europe. At peak strength, Eighth Air Force had forty heavy bomber groups, fifteen fighter groups, and four specialized support groups. It could, and often did, dispatch more than 2,000 four-engine bombers and more than 1,000 fighters on a single mission to multiple targets.

Herbert documented his experience in his diaries, and kept an extensive correspondence, as well as photos, magazine and newspaper clippings, and souvenirs from trips in Europe. After the war, Herbert retired to South Florida, where he would spend the rest of his days.
Herbert A. Weigand at NAS Lakehurst, New Jersey U.S Marine Corps (1934 - 1938)
followed by his time in the Army Air Corps at Wheeler Field, Hawaii (1939 - 1941)

PLAY or Use ARROWS to see all images in Gallery
Three letters from Headquarters Eight Air Force, Office of the Commanding General APO 634 were found in Herbert Weigand's trunk. The letter was sent to "Every Member of the Eight Air Force" signed by Jimmy Doolittle.  A Doolittle Raiders historian verified it, with help from the Makowski Family. One of these original letters will be maintained by the 385th Bomb Group of the  8th USAF.  And a copy of this original will be maintained by the Raiders historical archives in Texas.
From Herbert A. Weigand's Memorabilia Collection while in his military tour of Europe (1944 - 1946)
Click on thumbnails to enlarge and read descriptions 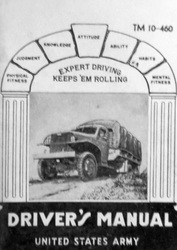 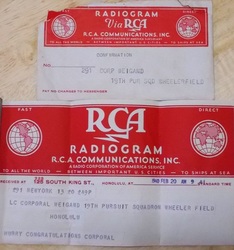 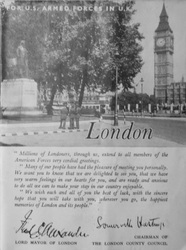 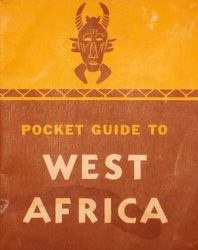 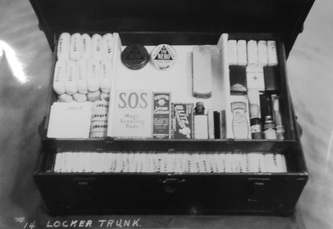 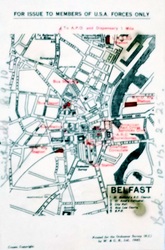 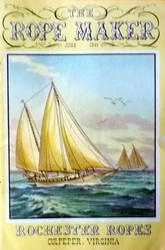 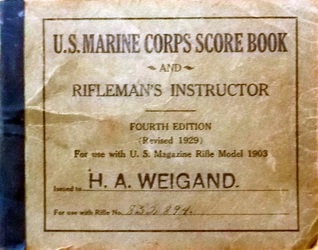 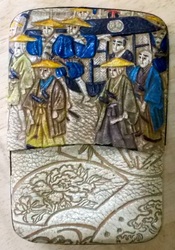 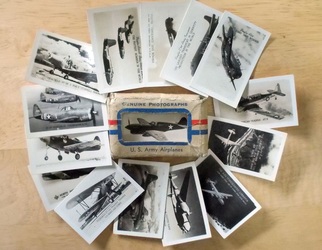 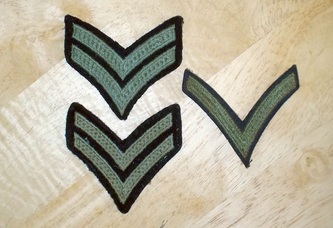 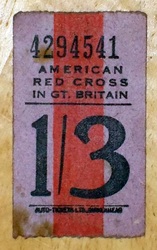 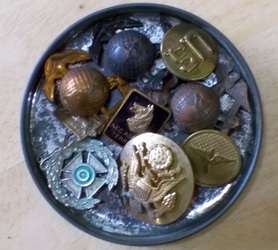 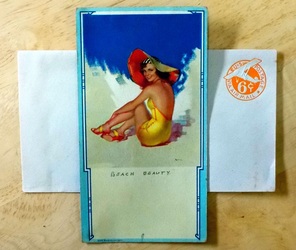 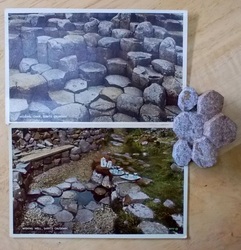 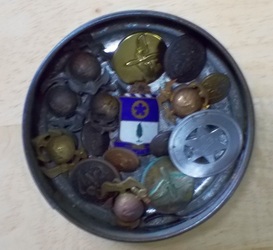 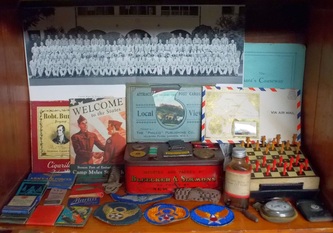